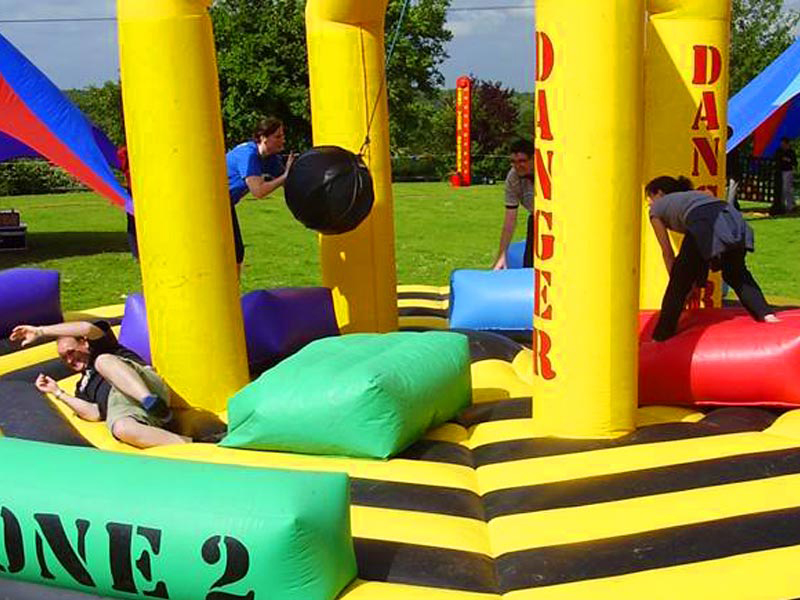 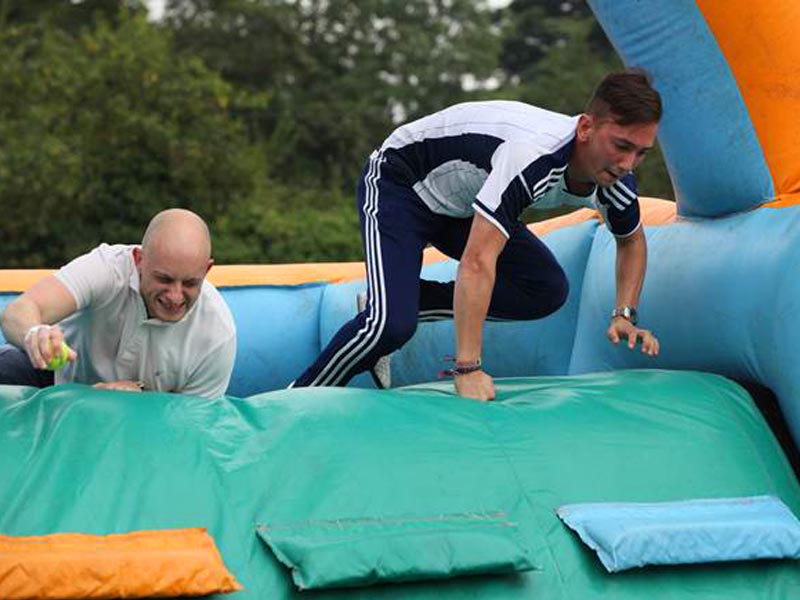 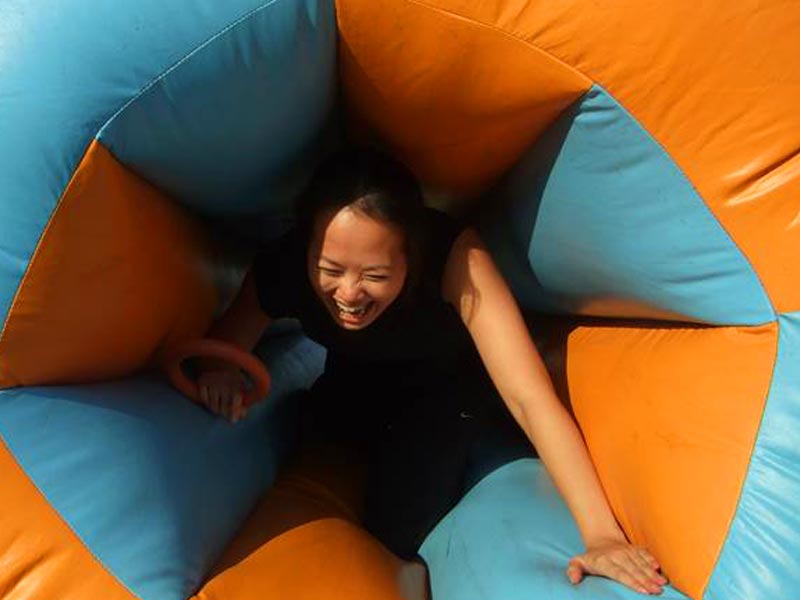 When the going gets tough, the tough get Olympian! It's time to leave the comfort of your desks, work stations and company cars behind and step out onto the field of sporting battle as you go eyeball-to-eyeball with your colleagues in an event that is less about medals and more about giggles... introducing the Office Olympics team building challenge!

You'll choose your teams and team names (why not create your own nations and team colours?) before putting your running shoes and game faces on for the ultimate team building face-off. The event is split into a series of zones with teams competing against one another in each. While the Summer Olympics is founded on celebrating the sporting elite, the Office Olympics is mostly based on banter, laughter and occasional bouts of cheating (although you really are all old enough to know better!).

The zones will include events such as:

Inflatable Wipeout - This giant sweeper arm will soon knock any egos off their pedestals.

Suitable for groups of all ages, sporting ability and nervous disposition, it really does mix it up as CEO's rub shoulders with interns in an afternoon of surprises, hilarity and teamwork.

At the end of the event, a medal ceremony will take place and the winners crowned!

The Office Olympics team building challenge is fast-paced action from start to finish and a hilarious ice-breaker for colleagues old and new. So put down the pens and crank up the chaos for an entertaining afternoon of competitive action.

Supersize it! You can also add the giant Bungee Run or Hungry Hippos (fees apply). Please ask our team for more details.