9 Reasons Why Team Building is Important 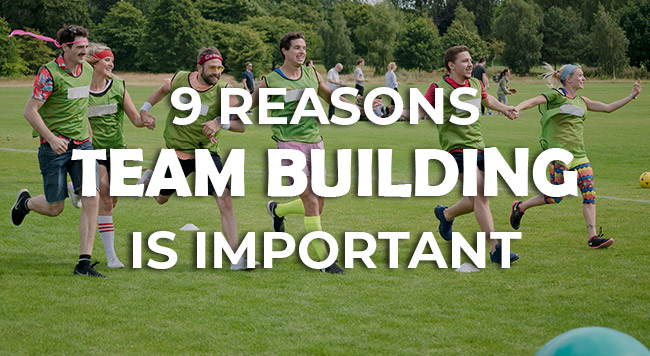 If you want a hardworking, problem-solving, cohesive unit driving your company forward then team building is a fantastic catalyst for you to achieve this. Research and studies have proven it has led to positive long-term effects which in turn have boosted productivity, inspiring bigger and better results for the organisation as a whole.

Those that neglect team building or unsuccessfully implement it runs the risks of fractious relationships to the detriment of the company.

Equally, many companies abandon team building activities early on as the benefits are difficult to measure initially and are subjective to an extent, but those that persevere tend to reap the rewards in the months, years and decades to come.

So, here we outline just why team building is so important.

Google, the multinational technology conglomerate, recently spent two years analysing one-hundred-and-eighty high-performing teams in a bid to understand what makes them so effective. Their conclusion was clear: the success of a team is less dependent on who is in it, but how they work together.

A clear message to those who pooh-pooh the need for team building: those that performed successfully, worked well as a unit. And team building, if utilised effectively, is shown to facilitate this. In a journal article, published in 2017, entitled The Effectiveness of Teamwork Training on Teamwork Behaviors and Team Performance, the researchers showed that ‘teamwork training is an effective way to foster teamwork and team performance’.

Neglect it at your peril! 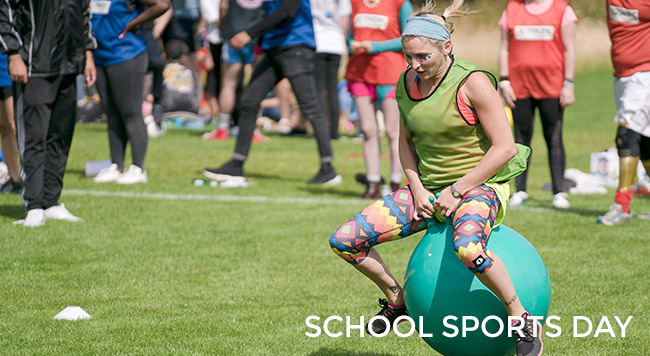 Communication is the cornerstone of any functioning team. Team building activities enable employees to improve their communication skills in a fun and interactive environment which can then be translated into the professional sphere. In the workplace, people tend to be more reserved about approaching colleagues they don’t know, but team building activities give them the opportunity to interact with other members of the team in a relaxed environment which helps to break down barriers and improves communication.

Another big tick for team building, not that we’re keeping score or anything (we are and it’s 2-0!).

A study undertaken by Stanford University concluded that a sense of togetherness in a team meant they were 48% more likely to work longer and solve more problems. The higher levels of motivation lead to higher levels of productivity which benefitted the company significantly.

If only there was a way to improve the sense of togetherness within a team. Oh, that’s right, team building! A good team building activity will harness a sense of togetherness by getting your team to problem-solve through working as a unit and communicating effectively. Whether they succeed or fail at the activity is an irrelevance as long as the processes of working together are there. This will then be translated into their working life. 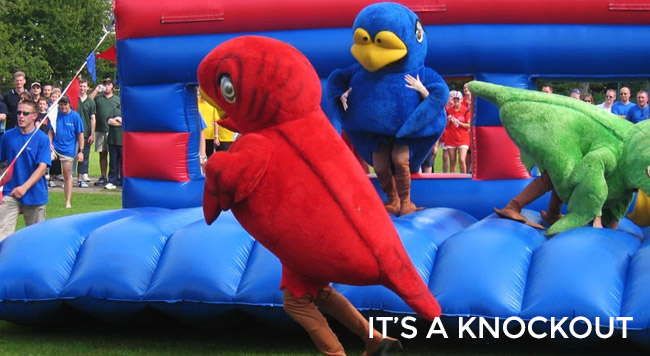 Find out more about It’s a Knockout…

If your team or company as a whole are underperforming and you can’t quite put your finger on the problem, team building is a useful tool to see where the cogs need oiling. For example, if your team are undertaking an exercise which requires communication but nobody is talking, in all likelihood, this is probably a reflection of things in the office.

Similarly, if you notice cliques appearing, you can try to eradicate these by splitting groups up to force people to interact with others beyond their friendship group.

From an individual perspective, too, you’ll be able to identify where certain people’s strengths lie and where they could do with improvement.

5. It Offers a Platform for People to Shine

Sometimes, particularly in a large office, people may just feel undervalued or unnoticed, one of the hundreds, maybe even thousands of employees, a single ant in an entire army. Smaller team building activities offer the chance for individuals to shine through and show their worth, which can be beneficial for both them and the company.

It shouldn’t be underestimated how giving someone the platform to show what they can do, albeit in a more relaxed environment, can benefit their development. If they can commit to the task at hand and pass with flying colours, the potential is there for them to be able to do this in the workplace.

People who enjoy their time at work are more likely to contribute in a positive manner than someone who is disinterested/doesn’t relish their job. Fact. By introducing a fun element to office life, this could have a positive impact on said people and could lead to an increase in job satisfaction and will help stimulate productivity. 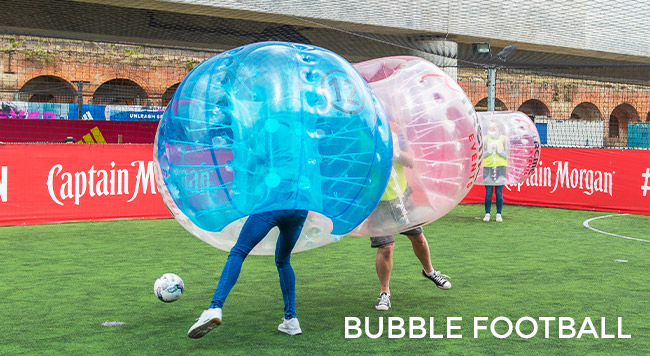 Find out more about Bubble Football…

No, we don’t mean you’ll get more people checking you out on the way to the water cooler, we mean being seen as a fun, creative, forward-thinking company can help you attract the right kind of future team members to help your company push forward. If you’re looking for engaging, dynamic, top-quality individuals to join your team rather than a rival, you’ve got to make yourselves appealing. Team building can be a small addition which can make a difference.

8. It Shows The Love

No matter what team you work/play for, you want to feel appreciated. Team building shouldn’t be seen as a chore, but something fun being laid on as a reward for people’s hard work. It can be used as a tool to show your team that you appreciate their efforts and you want to return the thanks by adding an exciting element into their working day. A little gesture can go a long way in terms of the morale of your troops! 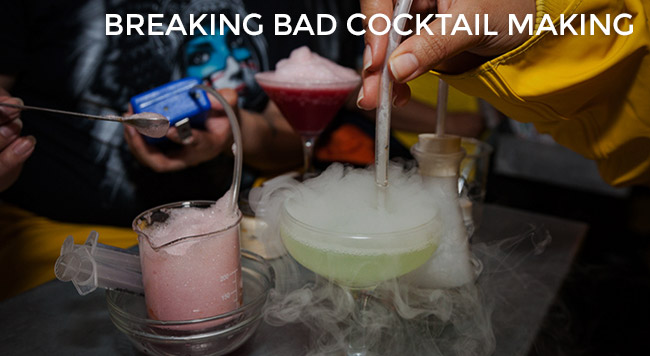 9. It Can Be Damaging if Poorly Thought Out

Whilst there are loads of positive benefits to team building if you don’t take time to consider the goals and aims it could actually cause more harm than good.

For example, you need to consider the multiple personalities within a group. You may have some introverted people and whilst it can be beneficial to coax them out of their shell slightly, forcing them to partake in activities specifically requiring them to be socially confident beyond their station may force them to become more of a recluse than they were before.

Similarly, you need to ensure there’s a point to the team building activity and that it is properly designed and thought out. In a study released in 2015, entitled Impact of Team Building Exercises on Team Effectiveness, the researchers concluded that ‘poorly designed team building exercises may lead on the failure of team building interventions and also team structure… Team building should result in actionable ideas to help the team and the organization achieve their goals’.

Prior to organising an activity, think about why you’re doing it, what your goals and aims are, how this can be translated into the working environment and, importantly, how certain types of individual will react to the task.

Another key point outlined in the study is that ‘after team building exercises, there are likely chances that people will go back to their old ways of doing things once they go back to the office. Teams need support to build their strength gradually to change deep-rooted systems effectively’. In a nutshell, one-off team building activities won’t do a thing. It needs to be a recurrent theme throughout the year to reinforce its benefits. You don’t play the trumpet once and then expect to be able to stand on stage and play to an audience, it takes practice and repetition to take root.