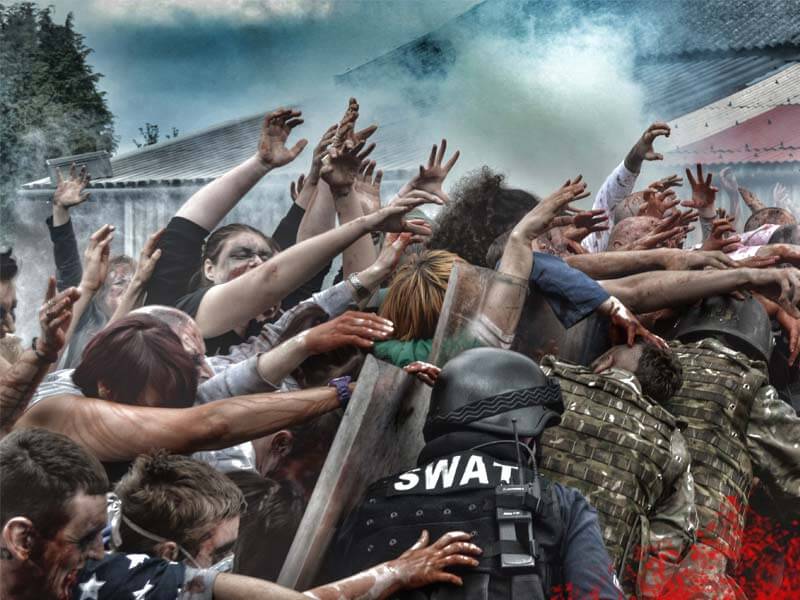 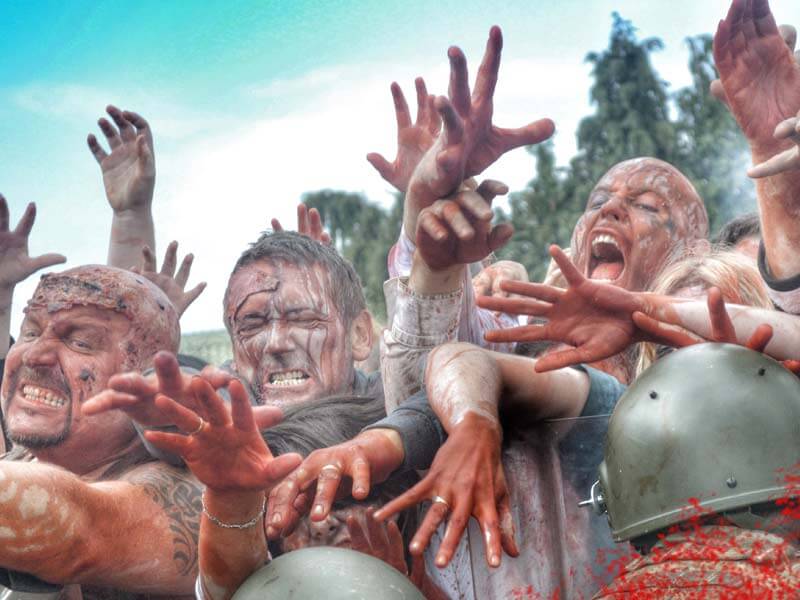 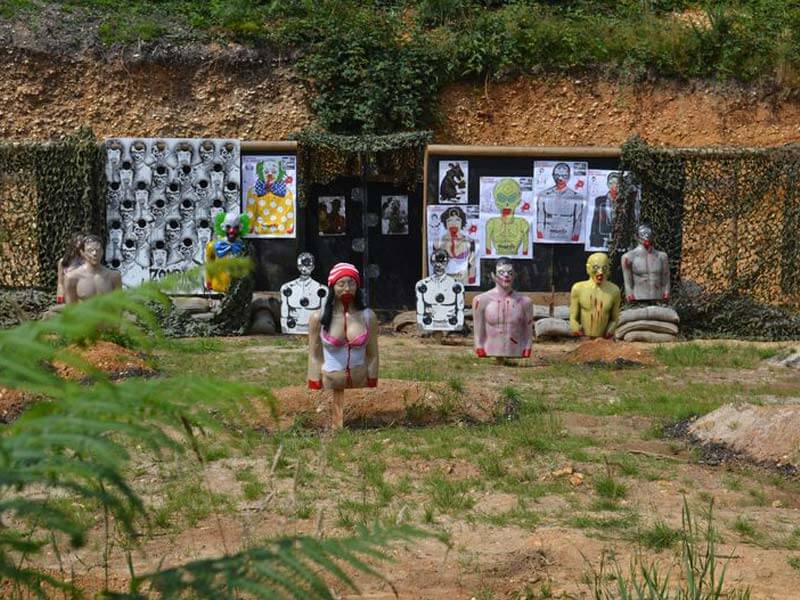 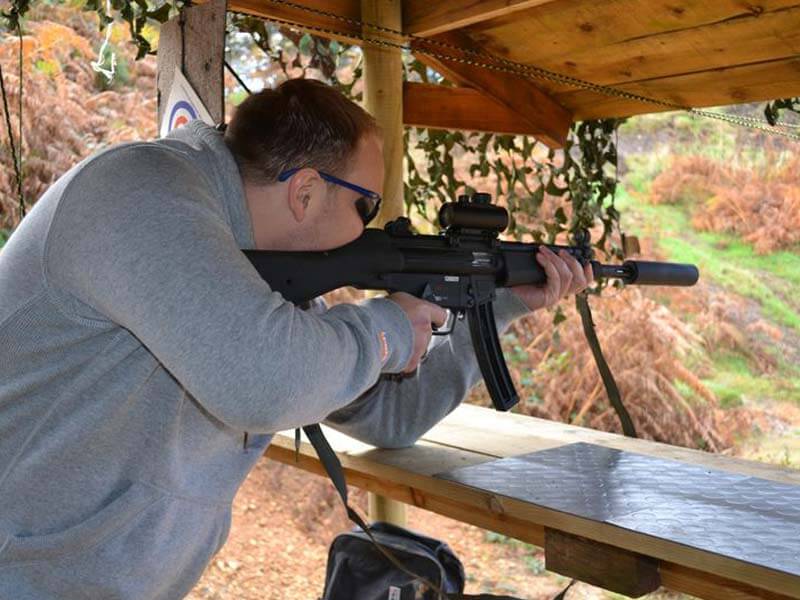 Your team are the world's only hope… take on a hungry horde of flesh eating walkers in the Zombie Boot Camp teaming building challenge that will see your team show Rick Grimes and his followers exactly how it should be done. "Yeah!"

On the day you'll meet the zombie combat experts who'll train you in the art of putting down the foot-dragging, brain-sucking, foul-smelling undead.

We have a great selection of events you can chose from;

Get the military training, revolvers, assault rifles and a complete set of riot gear each to survive this vicious onslaught of flesh eating zombies, brought to life by actors playing undead hordes. An eerily realistic outbreak with abandoned streets and bloody carnage.

Perfect for the doomsday preppers in the office who are certain that the zombie apocalypse is closer than you think (because TV never lies right?). Take the company on essential training in a number of undead slaying skills that are sure to help them face any impending outbreak. Includes; assault rifles, tomahawks, crossbows, exploding targets and a swarm of zombies to kill.

The ultimate horror movie experience with a series of zombie survival missions set in some seriously terrifying locations. Your team of zombie hunters will have to try and survive the night in abandoned insane asylums, old warehouses or eerie forests, working together with nothing but your wits, torches and semi-automatic weapons. Zombie hordes played by scarily good SFX actors.

The undead twist on a classic team building challenge. Take this extreme sport into the evening for a creepy and atmospheric zombie slaying adventure. Pit your team against a horde of flesh-eating zombies and live to tell the tale. Duck behind caskets, hide out in an eerie church, and don't forget to aim for the head!

Can you survive the night of the living dead?