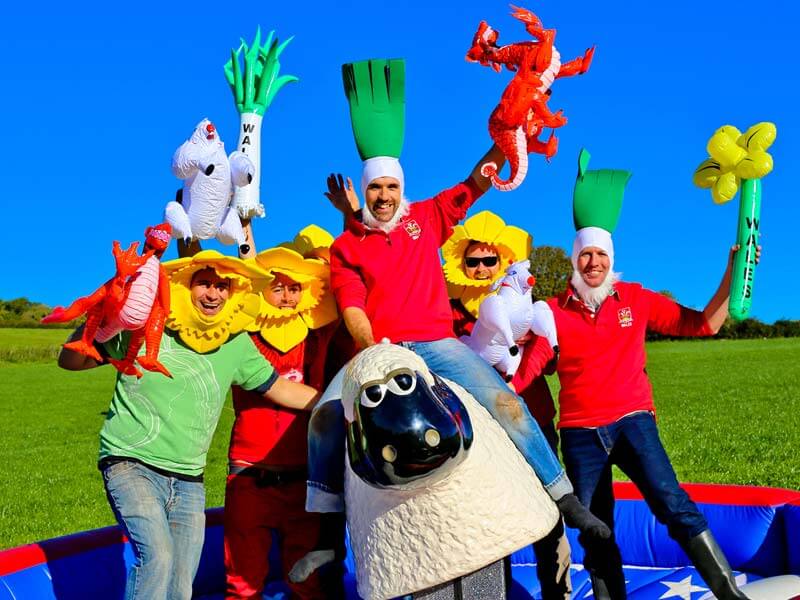 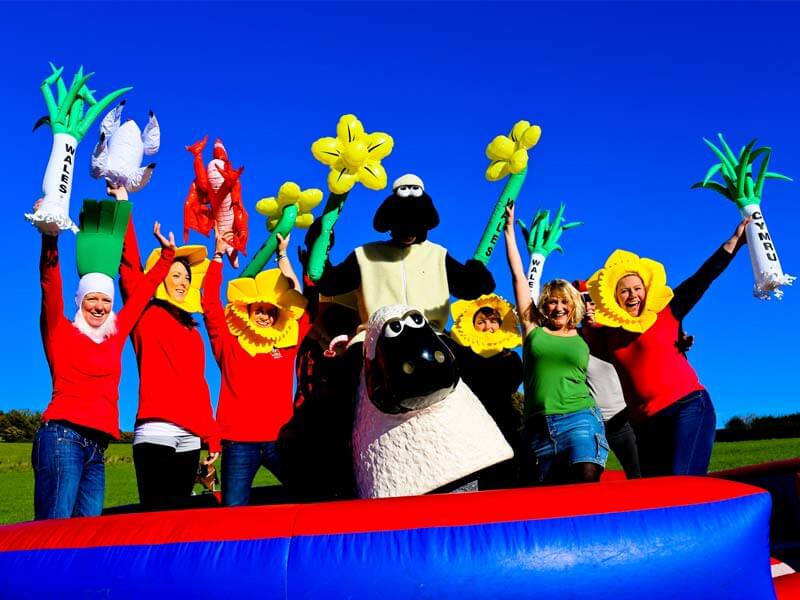 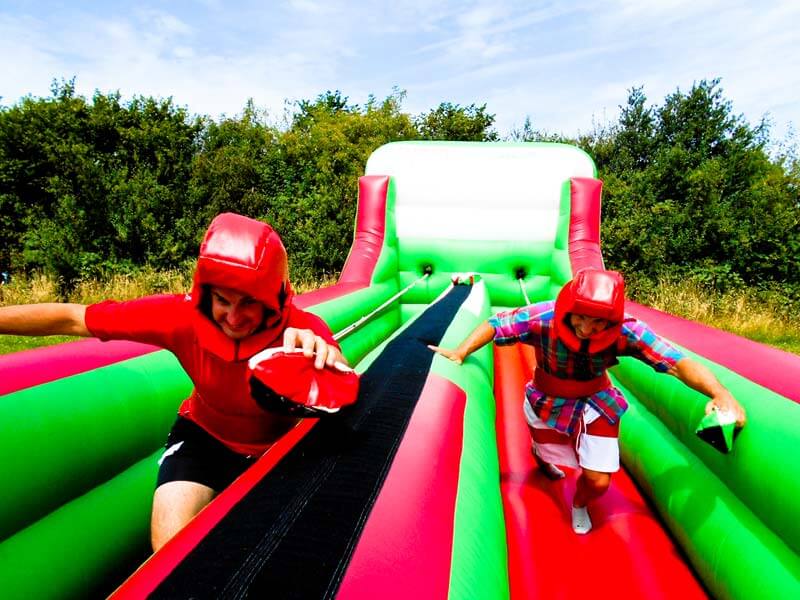 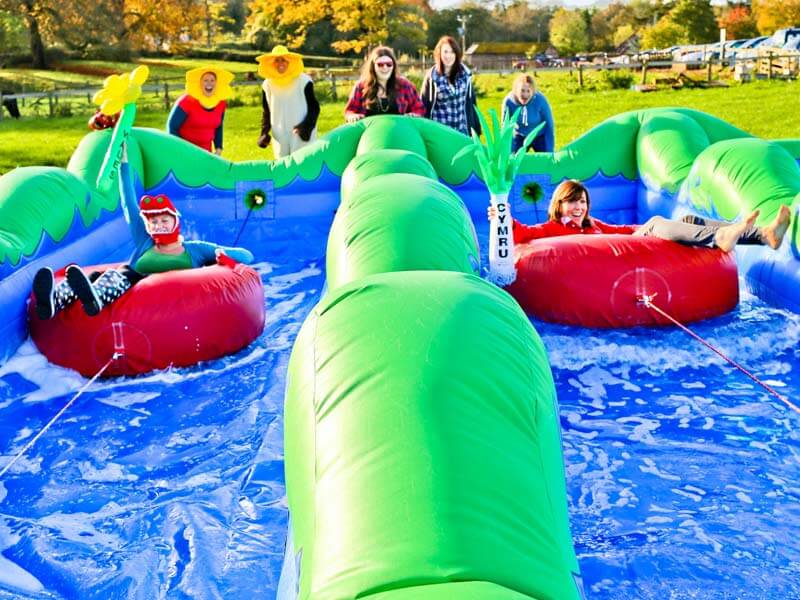 Take your team out into the fresh Welsh air for a challenge to unleash their inner dragon! Welsh Challenge team building is a valley themed extravaganza with a strictly Cymru twist. Tackle inflatable courses, crazy costumes and props, and the dreaded miner's shower that may have your team leader's name written on it.

Welcome to the valleys. It's time to unleash your inner dragons and bring your team out on the Welsh Challenge team building activity with a strictly Cymru twist.

You'll meet your local Welsh hosts who'll give you a rundown of the event before you're split into teams to take on your opponents in some of the craziest games this side of the River Severn.

Over the course of the day, you'll take part in nine fantastic games and challenges, including:

Sheep Shenanigans - Valley-style rodeo riding. Saddle up on the sheep and try not to fall off.

Welsh Celebrity Knockout - Launch your 'missile' at a line up of familiar Welsh faces such as Tom Jones and Charlotte Church to get the most points.

Duffin Daffyd - Duff the other Daffyd in inflatable suits in colleague vs. colleague madness where only the victor will leave the arena.

Across the Taff - Take to the water in your Celtic Coracle to safely get your sheep and dragons across the river and avoid a dunkin'.

Leek Duel - Oh, you wanna settle an argument? Hop on podiums and lamp each other with giant inflatable leeks.

Pull The Pit Pony - Release the pony from the mine in a tug o' war for only the toughest on your teams.

Rugby Run - Think you're a rugby god? Outrun the giant bungee to score the goal before the other team.

Miners Shower - The dreaded shower just for your team leader. But we'll say nothing more.

A tidy challenge to unleash your inner dragon...