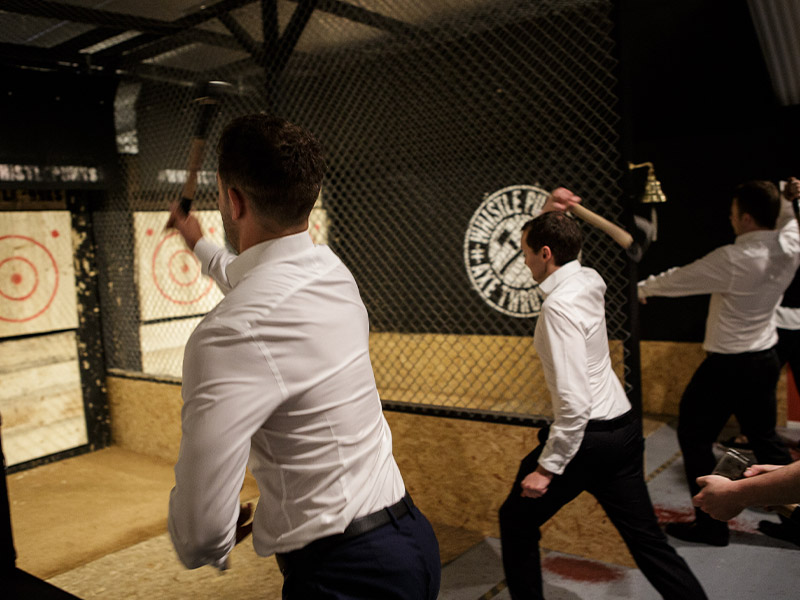 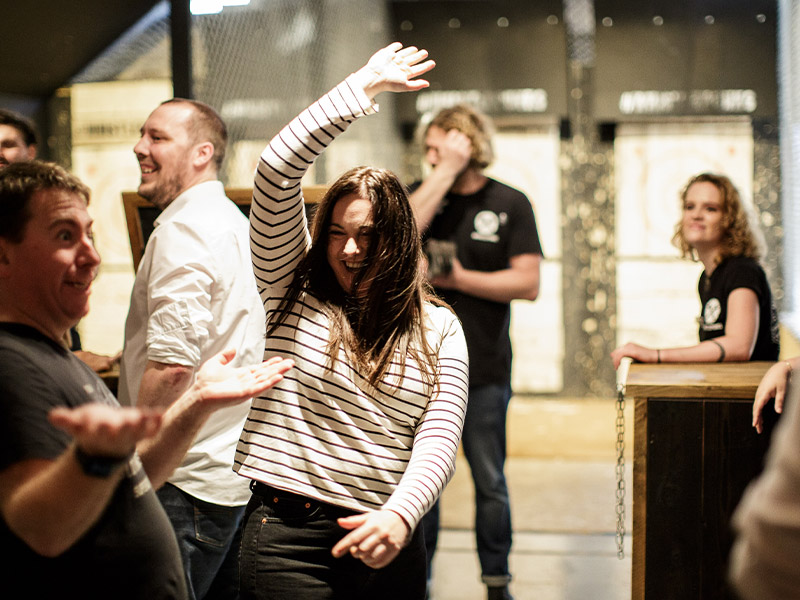 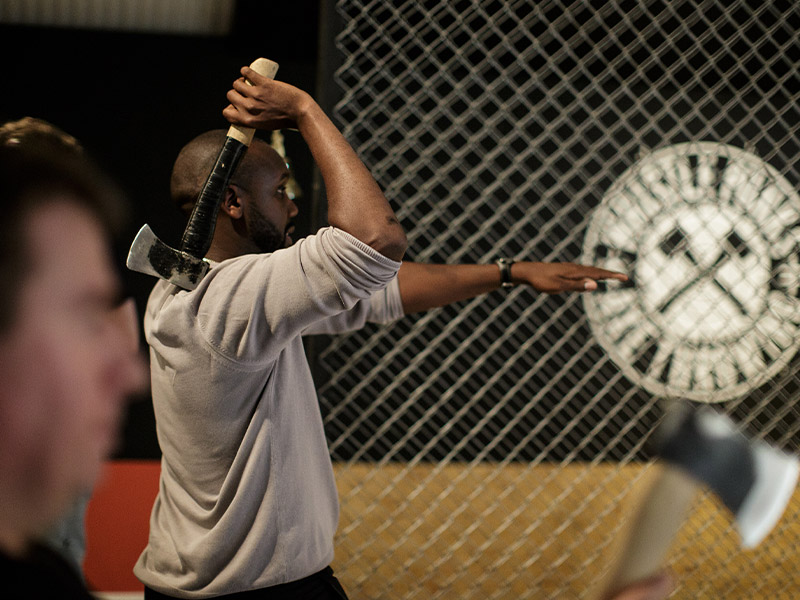 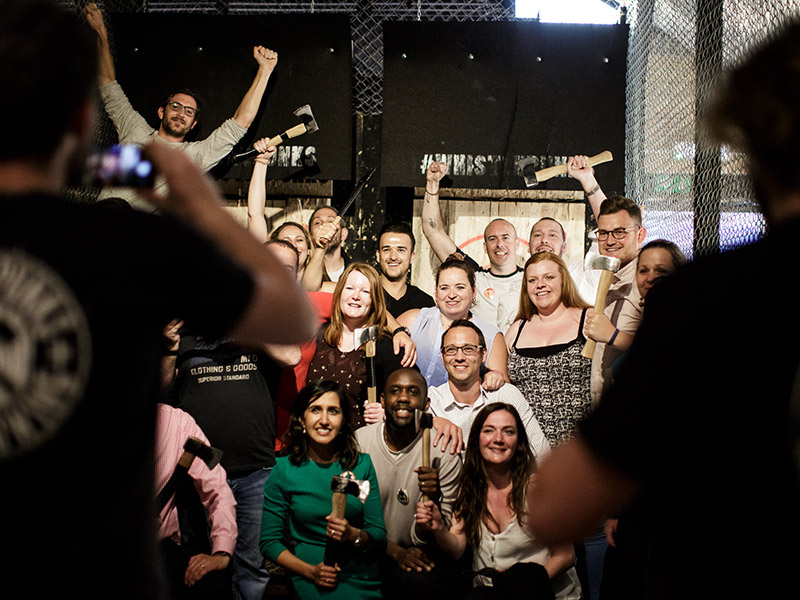 AVAILABILITY
All year round

Imagine playing darts but where the darts have the ability to fell trees. Because that's what team building events are for, taking simple, friendly games and making them potentially lethal. You're welcome!

Urban axe throwing is epic. Hugely competitive, deeply satisfying and almost primal. Axes are one of man's oldest survival tools so it's only right you should learn how to use one in a practical way. Because when the zombie apocalypse happens (and if television has taught us one thing, it's that a zombie apocalypse is inevitable and coming soon!) you want to know you can spin a blade end over end to keep the brain-munching, half-dead horde at bay. Because, let's face it, when the zombies arrive you probably won't have a shotgun at your side, but you will be able to get your hands on a little chopper (stop laughing at the back, you're better than that!).

You'll enter the funky city-centre venue and will be taught the safety basics and also how to throw axes like an expert. Once everyone has got the hang of it and had some practise throws things will get competitive. Imagine if Game of Thrones had a darts tournament, this is what it would look like, plus there's beer!

The bar and availability of snacks and beverages make the event feel really sociable, the axes, targets and scores bring the competitive edge with the eventual two best throwers going face in the final. Anyone who scores high enough will get a T-shirt and get their name on the wall of fame. But everyone will soon have mastered a whole new skill you can find fun ways to use in the office, "Has anyone got a stapler?" "No, but I've got this, stand back everyone…!"

The perfect training for ninja lumberjacks.