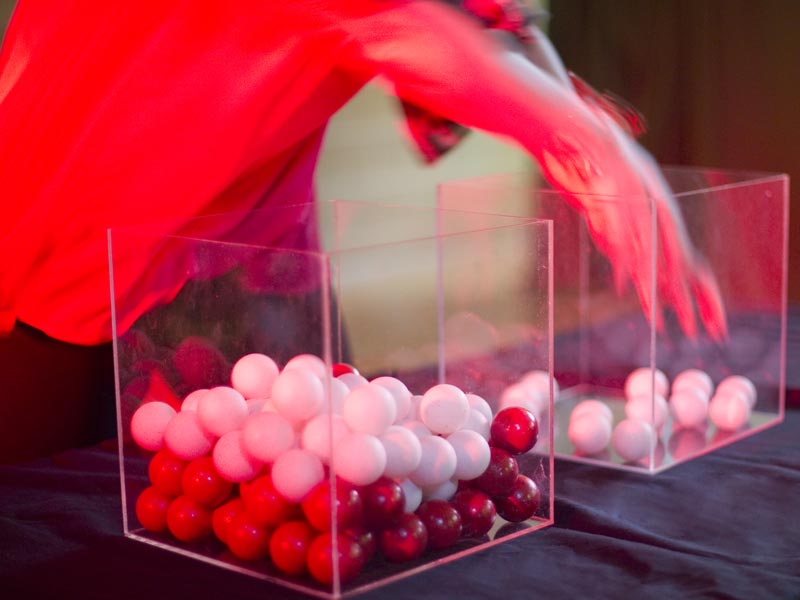 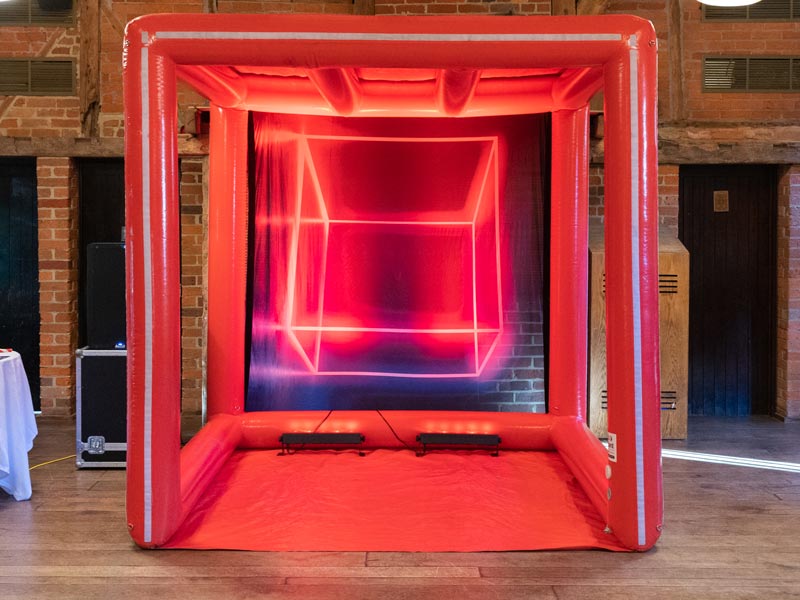 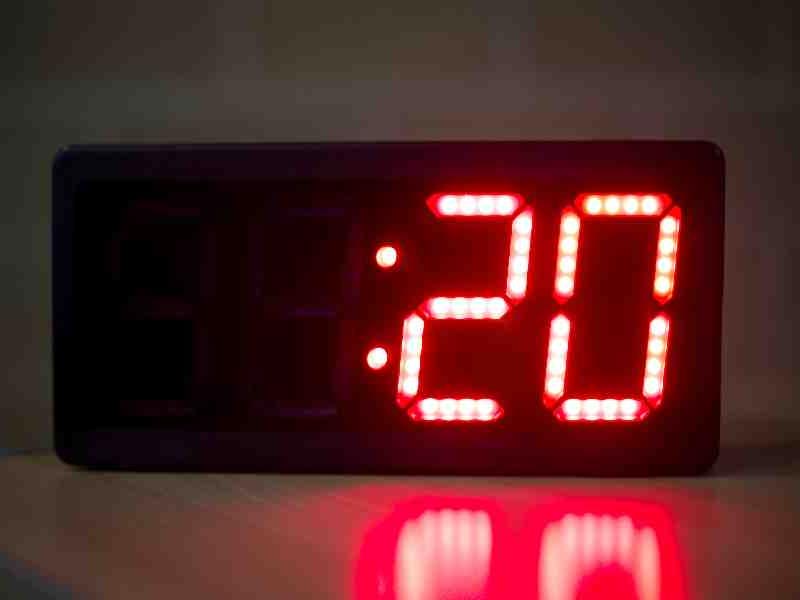 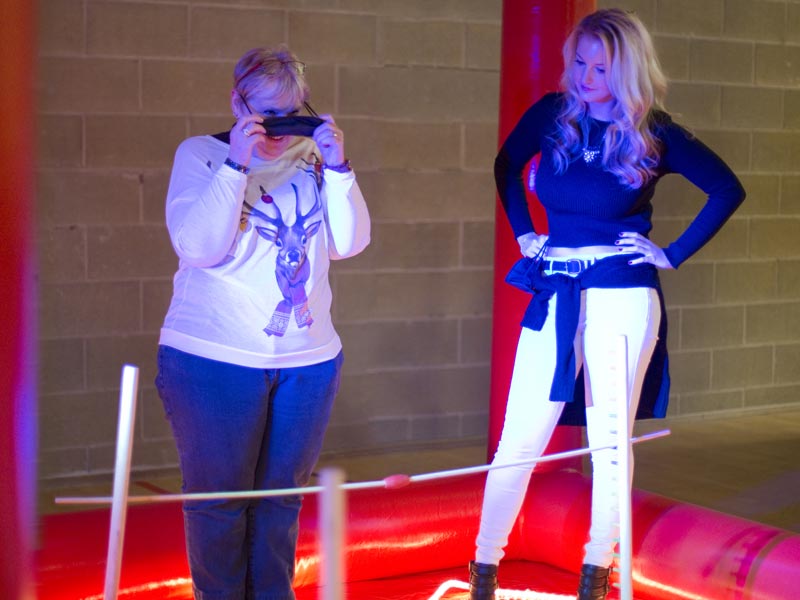 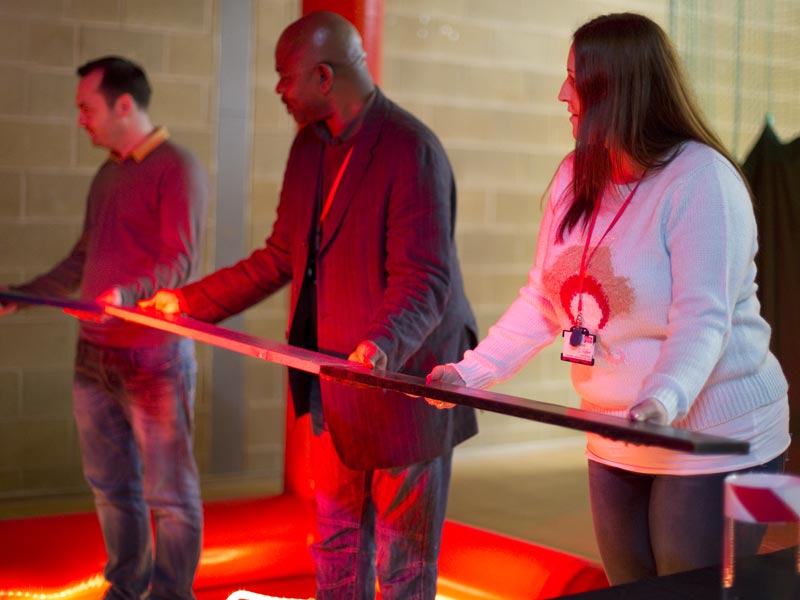 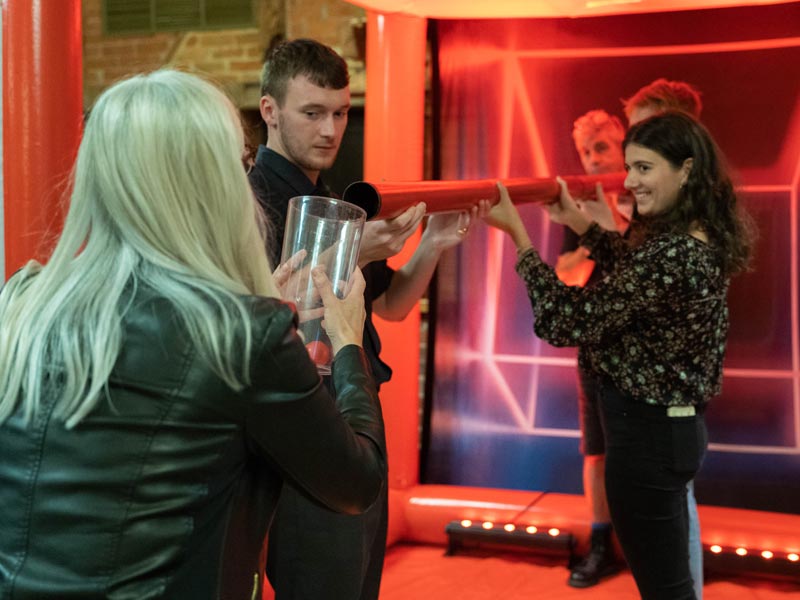 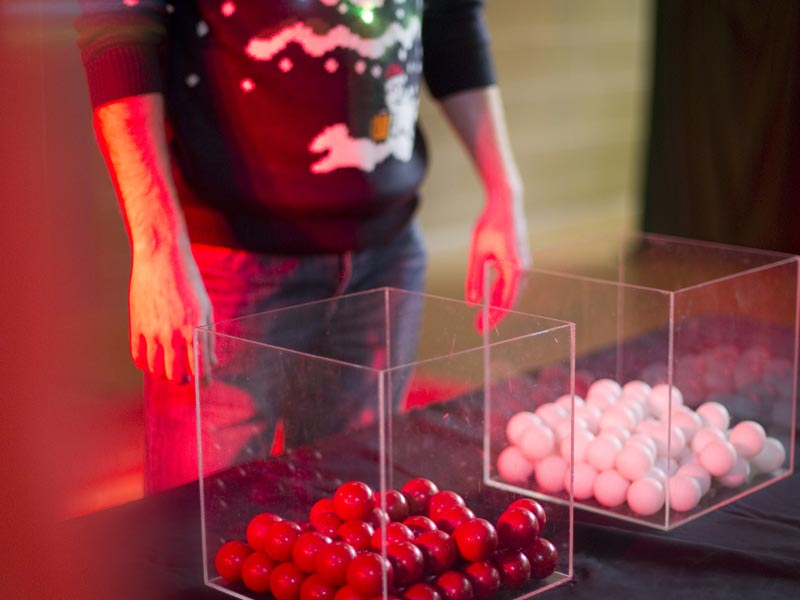 "Can you beat The Qube?"

If you've ever wanted to try your hand at a TV-style game show then now is your big chance as you experience some of what it's like to be in the centre of the action, faced with a series of tough tests and brilliant team challenges as you compete to be announced the winners.

Your TV gameshow host will welcome you to the event before walking you through the rules. Your host will then explain each game and give you the parameters, limits and goals you'll need to work under to beat The Qube.

This isn't a game for solo glory, yes, your team could produce heroes in the most unlikely events, it could uncover skills and abilities that have possibly been overlooked in the workplace previously, but The Qube will unite each team against common enemies, the games! Clever, ingenious, infuriating, hilarious, you'll need patience, methodical planning, great teamwork, solid communication, lateral thinking and, above all, the ability to keep calm under pressure.

At the end of your event, the scores will be counted and one team will be announced the winners with medals and bubbly. Other teams will simply mutter and rue the day they ever came up against The Qube.

There are over 20 games in total and the different thinking and approaches, the fun comments and inter-team banter (smack talk) mean no two events are ever the same.

Projected onto a wall you'll see a number of red squares all in separate rows. You'll need quick observation and recall, to be able to correctly identify the number of squares.

It's time. When the stopwatch begins your challenge is to correctly judge when 20 seconds has elapsed and stopped the stopwatch to 0.5 of a second's accuracy. The bad news is you can't see the time.

Balance the ball and manoeuvre it across the weighted circuit. Time is of the essence!

Four teammates must work together to balance on one foot on a beam, at the same time for 20 seconds without toppling over or putting another foot down.