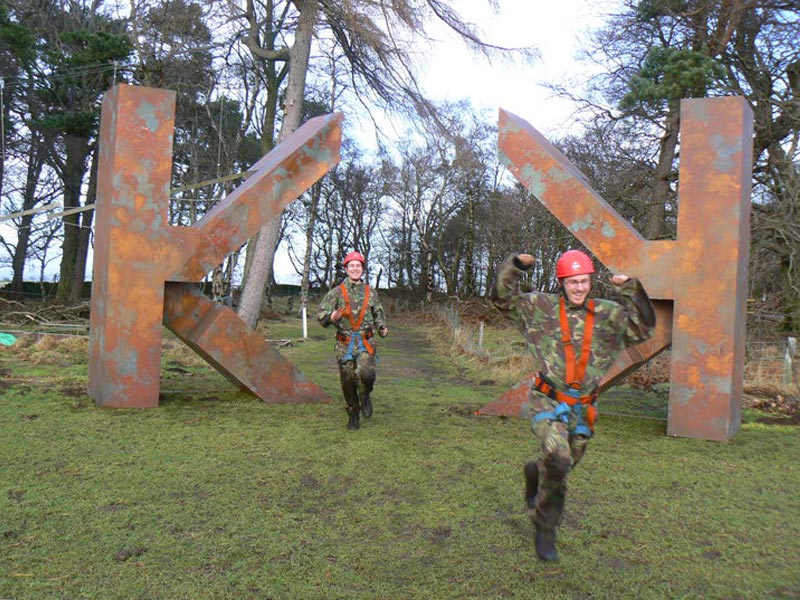 Has your team got the Krypton factor? Or the madness of the maze? In this mashup of two iconic TV shows, go head to head and beat the tests to declare your teams maze masters.

You'll meet experienced instructors who'll brief you on each Krypton Maze team building activity before your staff are unleashed onto the course, working as a team to build, bargain and book it through each zone faster than their office opponents.

Each Krypton Maze team building activity is perfectly designed to test your staff's top team building skills and bring out their competitive side.

Serendipity
Test your arcade game skills and hook the items before time runs out.

The Orbital
Lay a path down to nab the orbs! Move or fall outside the path and you're out.

Wired
Don't get your wires crossed! Match the coloured wires with the corresponding diodes to light up the circuit board

Build That Tune
Song stuck in your head? Remember the tune and use blocks, runners and plates to move the ball and replicate the song.

The last teams standing could be within a chance to face one of our grand finale challenges;

The Dome
The iconic end that separates the victors from the losers. Enter the Dome and grab as many foils as you can to declare your team the winners.

Egg Toss
Are your team bunch of good eggs? Build a crazy contraption to pelt an egg the furthest distance possible to beat the other team and leave egg on their faces.

Has your team got the Krypton factor to beat the maze?