11 Worst People to Have on Your Company Away Day 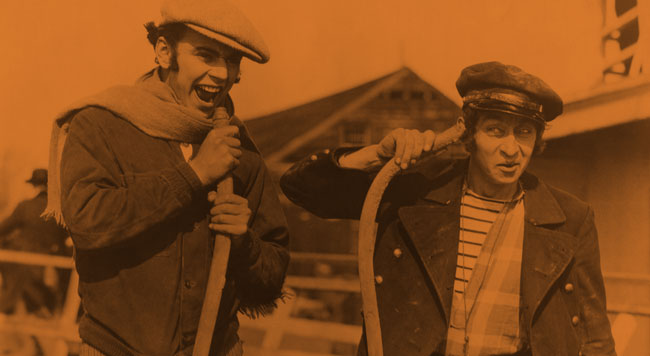 Company away days are brilliant! A chance to get out of the office and have some fun while getting to know your colleagues. Unfortunately, there are often a few colleagues you’ll come to wish you knew less about. While most of you have a great time, some are inevitably going to make things awkward for themselves and everyone around them. Here’s a quick rundown of the 11 worst people to have on your company away day.

Monday to Friday he’s just Nigel from accounts, but at the weekends he’s a Paintball Warrior. Unfortunately, he’s brought all that weird aggression to the company away day and during a game of dodgeball takes everyone by surprise by ripping off his shirt and screaming ‘I’ll take every moth-f***ing one of you!’. Awkward.

Most likely to… Know all the words to The Matrix.

It’s almost as if she’s never been released from her desk before! She’s determined to have the time of her life and you will too. In fact, she’s your new best friend and couldn’t be more zippy-di-doo-dah about it. She’s so happy it’s almost painful, in fact it almost seems cruel to take her back to the office. Couldn’t you just release her into the wild instead?

Most likely to… Make you smile, yes, she’s a bit crazy but her heart’s in the right place.

He’s willing to do anything as long as it doesn’t jeopardise his Italian loafers. His other dilemma is he doesn’t want to not look cool or appear to wimp out. Which is why Johnny and his Italian loafers are currently running through boggy fields in search of the fake bomb while trying to chat up Jenny from HR.

Most likely to… Fail massively with Jenny from HR.

Oh no! He’s one of those. A walker! How did you never spot the tell-tale signs in the office. He’s turned up on the away day with every conceivable outdoor gadget and is going to bore you with everyone single one of them. A nice bloke if only he’d chill out and stop banging on about his twenty-five quid hi-viz, rain/malaria/fire/crocodile-proof socks.

Most likely to… Keep using the phrase, ‘Don’t worry, this little doo-hicky will take care of that!’.

Milly has three loves, her cats, worker’s rights and office romances. She’ll gossip about the latter, show you endless photos of the former and will come up with wildly inaccurate reasons as to why them taking you on an office outing actually breaks your contract. It doesn’t of course and you’re having a great time. You could just do with less cat photos and whispered comments.

Most likely to… Arrive wearing cat a jumper she knitted herself.

Oh no, he’s having a mid-life crisis! The strange thing is you always thought he was kind of cool, until this away day began and he started trying to be cool. For some reason he wants to show all the younger staff he’s ‘one of them’. He’s not. And he’s old enough to know better.

Most likely to… Make a Stormzy reference to prove he’s still ‘street’. He’s not, he’s from Tunbridge Wells.

It’s team building, a break from the routine and a chance to have fun together. Clearly upset from the break from his very strict routine, Grumble is determined to find fault in everything, not enjoy himself at all and take as many people down with him as possible. Avoid at all costs.

Most likely to… Wake up to find both he and his bed are in the middle of the hotel car park. He had it coming.

You’ve always got on ok in the workplace but suddenly it appears you’re best mates. Wherever you go your new shadow is there, insisting you ‘buddy-up’ for every challenge. Yes, he’s a nice guy but sadly he’s a bit rubbish and your competitive streak wants to go for the win.

Most likely to… Not take a hint, even when you climb out of a first storey window to get away from him.

‘You’ve probably heard about me, I work in the Ipswich office, I’m the crazy one!’. Yes, it’s a real-life David Brent, so desperate to show the room what a ‘fun guy’ he is, he’ll literally do anything. The signs were there, he arrived wearing mirror sunglasses and you said, ‘Nice shades’. You’ve got no one to blame but yourself.

Most likely to… Insist you all go find a karaoke bar.

‘Woohoo! It’s a school outing, we can be naughty!’. Actually, no it’s not and no we can’t. This is a grown-up event, yes, a chance to have a laugh but we’re still professionals… Although it appears one of you has brought her own hip flask. And is swigging from it at 9.30am while telling everyone else they should let their hair down.

Most likely to… Do something she’ll really regret the next day.

Who knew? She seemed so nice, so normal, so polite in the workplace. But put her on a field and tell her there’s a prize at the end and suddenly she’s got the focus of Mo Farah, the steely determination of Nicola Adams and the will to win of Jessica Ennis-Hill. And she’s not afraid who knows it as she literally scraps for every point.

Most likely to… Catch you with a flying elbow. All’s fair in love and team building.