Why Colleague Positivity Should Be Your Goal For 2017 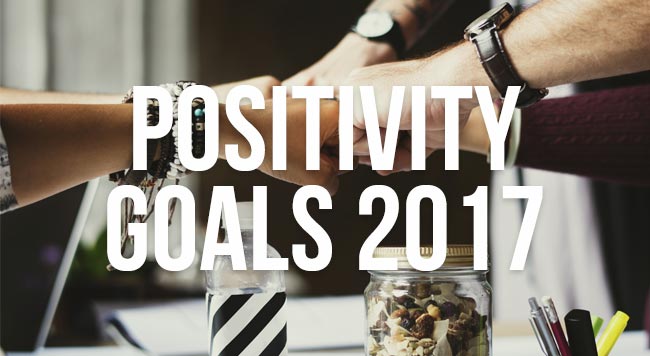 Ice cream men are cleaning their Mr. Whippy machines, supermarkets are stocking up on factor 15 and the evening commute is awash with the smell of fresh BBQ lingering in the air. Yes, summer is just around the corner and as studies have shown, our attention spans are often far greater in these warmer months, resulting in a seasonal spike of productivity, success and positivity. However, this isn’t always the case, and as many workplaces discover, the summer can often be a time where colleagues would much rather be away from their desks rather than confined to the indoors, having a negative effect on mood and morale.

To help you avoid, or perhaps combat this particular strain of workplace apathy, here’s 5 ways to make colleague positivity your goal this quarter.

Before you close your tab in disgust, hear us out. Cutting the work day down to “summer hours” (i.e. shortening an 8-hour workday to 6) allows colleagues to have extra time to commit to personal activities while the weather permits it. There’s science behind this too, as a 2012 study conducted by Ultimat Vodka actually found that employees who benefited from summer hours were happier and more productive.

When you’re tired of looking at the same four walls at home, you redecorate. The same could and should be said for your workplace. If you’re finding that morale is dropping in the summer months, it could be time for a fresh lick of paint, new furniture or even a new carpet made of grass (offices have been known to do this!) Here’s a great article from The Huffington Post detailing the easiest ways you can put a new spin on your work space.

Get out of the office

If your workforce wants to escape the office environment, then let them. But do something constructive together as a team and book a Company Away Day. Not only will this be a great pick-me-up from any colleagues suffering from low self-esteem and a huge morale booster, but it might actually serve to strengthen team communication and forge new relationships within your organisation that could be of huge benefit going into the later part of the year.

The term “positive psychology” might breed cynicism, but to industry leaders it’s an invaluable tool that makes sure their workforce is feeling happy, valued and most importantly, motivated to give their all during working hours. According to reports, simple ways to breed a positive culture in the workplace include practicing thankfulness, introducing exercise schemes, embracing creativity and ensure that colleagues feel “mentored” in their roles and recognise their advancements.

There is perhaps no trait that colleagues and employees find more valuable in upper management than flexibility. It’s very easy to feel undervalued and untrusted when a CEO books trivial personal appointments in the middle of the day, but the same doesn’t apply to more junior members of staff. Extend an inch of trust, and you might just find you receive miles of motivation back.

7 Musts for a Happier and Healthier 2017

Summer in The Workplace – Make The Office The Place To Be