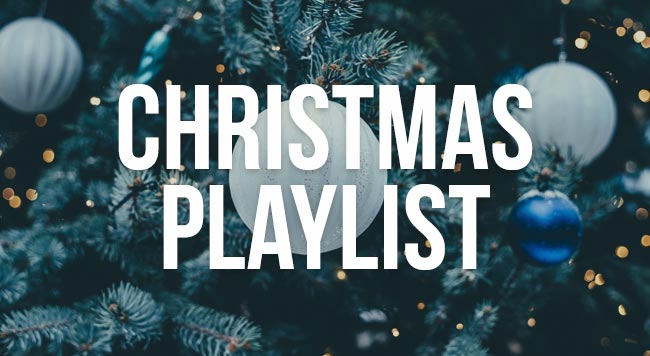 John Lewis have released their latest multi-million-pound budget Christmas campaign and the streets are awash with festive lights. The holiday season has well and truly arrived, and to celebrate, Company Away Days have created the perfect Christmas Playlist to motivate your colleagues as you make that last Christmas jumper-wearing, gingerbread latte-wielding push towards the yuletide.

While it’s a little early for your boss to be singing “I’d like to thank you for the year” in earnest, he can at least give you permission to play this festive classic. Just not “forever and ever”, that might just send your colleagues over the fairy-lighted edge.

It’s Beginning to Look a Lot Like Christmas – Michael Buble

The festive seal has been broken. Christmas tunes are heard everywhere and as Michael Buble so smoothly croons, everything really is “beginning to look a lot like Christmas”.

While the debates over whether Stay Another Day is really a Christmas song rage on, the rest of us can simply sit back, relax and enjoy this 90’s smash hit.

This song is best enjoyed in a Christmas jumper, ever so slightly merry, with a glass of mulled wine in hand. But seeing as you’re in the workplace, you’ll have to do with a mince pie and a warm cup of tea.

The first of three renditions of this well-known festive hit to feature in our advent calendar and arguably the worst. Still, with the likes of Ed Sheeran and Rita Ora contributing to the track, it’s easy listening for a cold wintry morning.

Somewhere Only We Know – Lily Allen

Lily Allen’s cover of this well-known Keane track was recorded for John Lewis’ 2013 Christmas advert (the one with the animated Bear and Hare if you can’t remember).

The Power of Love – Frankie Goes to Hollywood

Sorry Gabrielle Aplin. Sometimes you just can’t beat the original, and that goes for Frankie Goes to Hollywood’s The Power of Love, a truly anthemic singalong that’s sure to give office morale a festive boost.

The excitement of Christmas has set in and now you’re just counting down the days. Chris de Burgh’s relaxed seasonal hit is the ideal soundtrack to a chilled-out Friday afternoon, finishing up your weekly reports before a weekend of gift shopping.

Have Yourself a Merry Little Christmas – Josh Groban

If Glee star Josh Groban’s take on this Christmas classic doesn’t put you in the festive mood then get the nearest co-worker to check your pulse. Or at least cover you in tinsel.

If younger office members are getting restless with all these old-school classics (how dare they?) then spread the festive cheer with Coldplay’s ever-popular Christmas Lights.

The second incarnation of Do They Know It’s Christmas? Circa 2004 Features Chris Martin, the Sugababes, Bono and a love-it-or-hate-it rap section by Dizzee Rascal.

Some argue that it isn’t quite Christmas until they’ve heard Wham’s ever-catchy festive hit. But be warned – you could be at risk of a serious office singalong when they hear those immortal lines, “Last Christmas, I gave you my heart…”

All I Want for Christmas Is You – Mariah Carey

With only a short while to go until Christmas Eve, it’s the ideal time to drop this much-adored Christmas number one and get everybody’s feet dancing beneath their desks.

When a Child Is Born – Johnny Mathis

Chilly afternoons in the office become so much warmer with this Johnny Mathis crooner classic, that everybody from the CEO to the Christmas temp can enjoy.

Forget the Blue Suede Shoes and the Jailhouse Rock, if any Elvis tracks are going to be gracing the workplace at this time of year it should be Lonely this Christmas.

As rumours as to who’s got who in the workplace Secret Santa spread like the brandy butter over your Christmas pudding, Santa Baby provides a (possibly much-needed) 3 minute distraction from what’s “under the tree”.

Is the office a little too relaxed as you approach the yuletide? Energise your colleagues with The Darkness’ rocky Christmas hit, packed with impressive solos and vocals to rival one Freddie Mercury.

Yes, Girl’s Aloud have a Christmas song. And yes, it’s about as good as you’d expect it to be… But it’s still a fun listen that’s sure to lift morale heading into the week of Christmas.

Is your office closing down for the Christmas period? Celebrate by tapping your feet to The Ronette’s festive Motown hit.

Walking in the Air – Aled Jones

How to Survive the Office Christmas Party

12 Signs the Festive Season has Arrived in the Office

How to Survive the Office Christmas Party