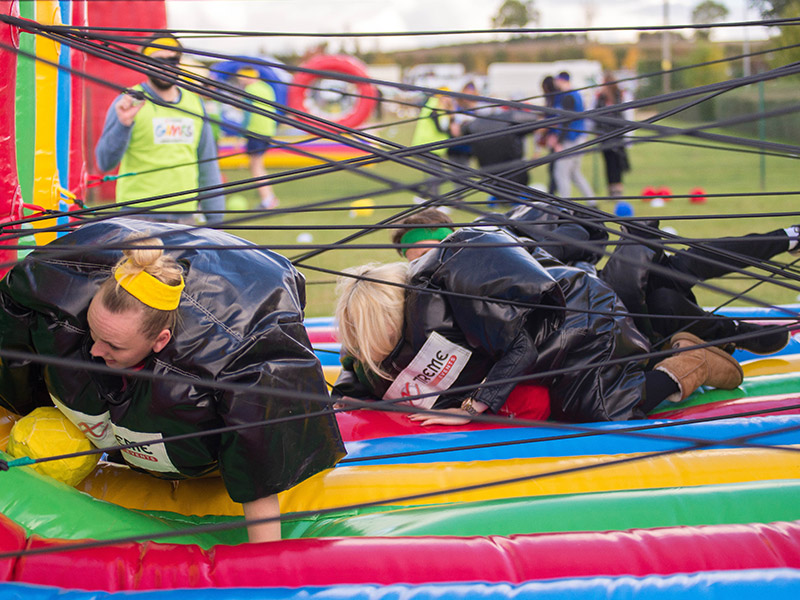 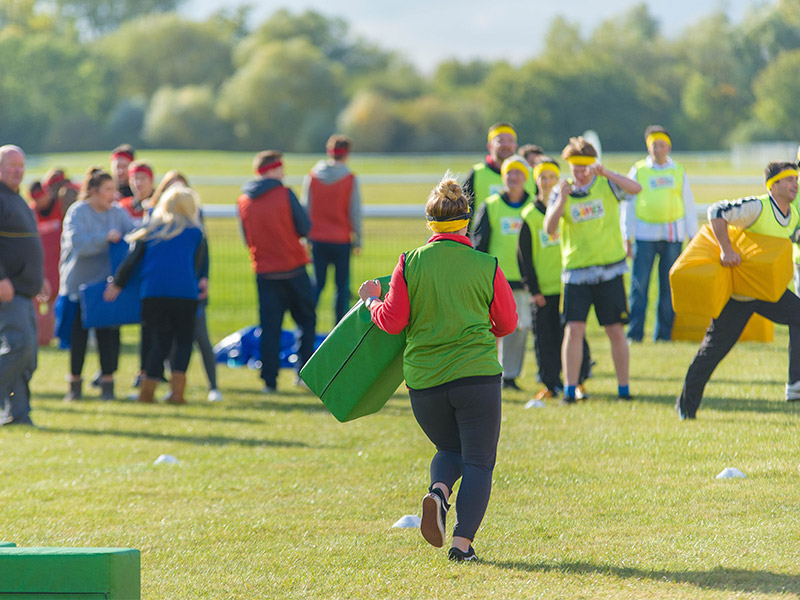 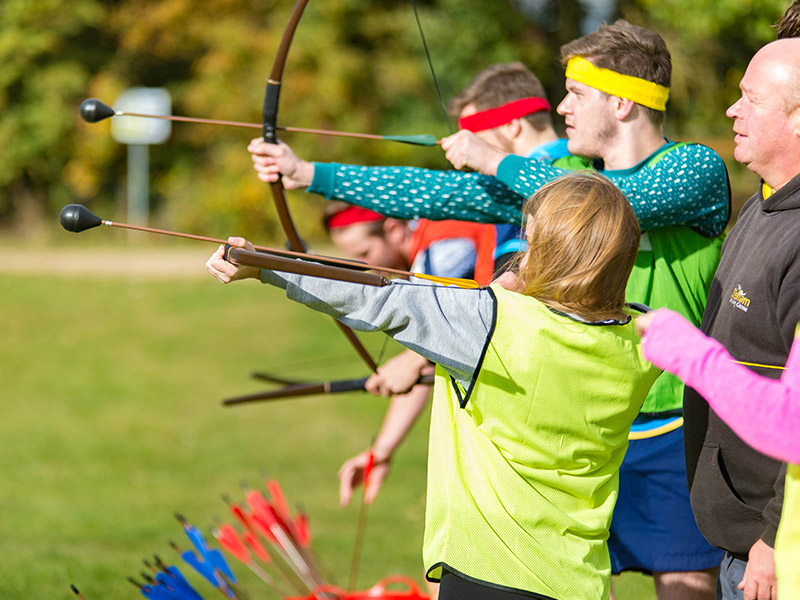 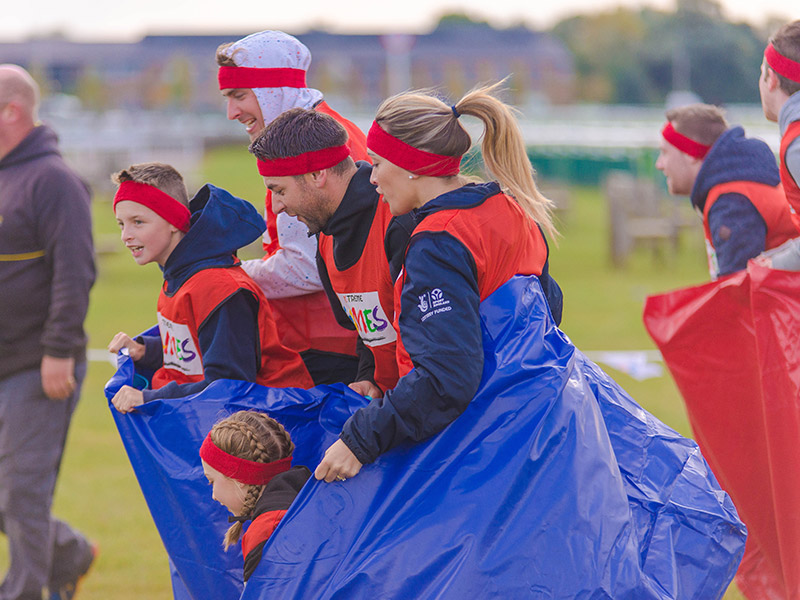 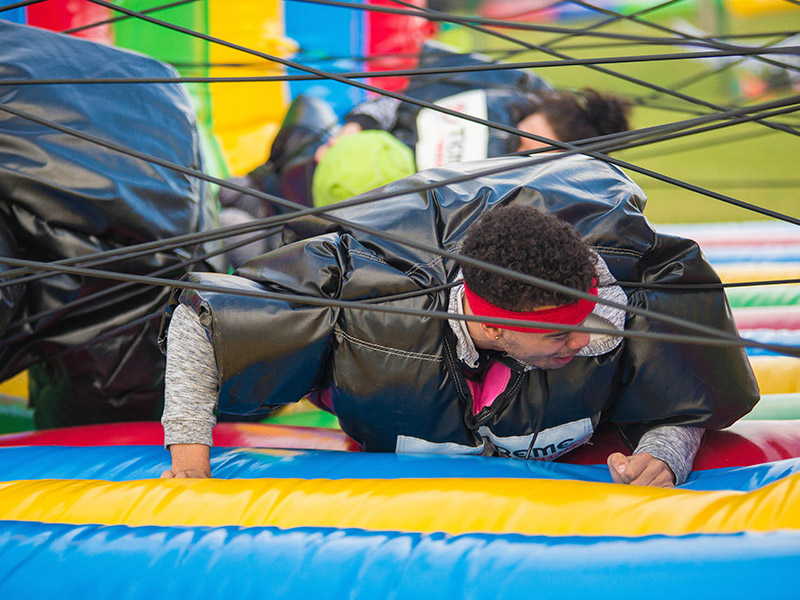 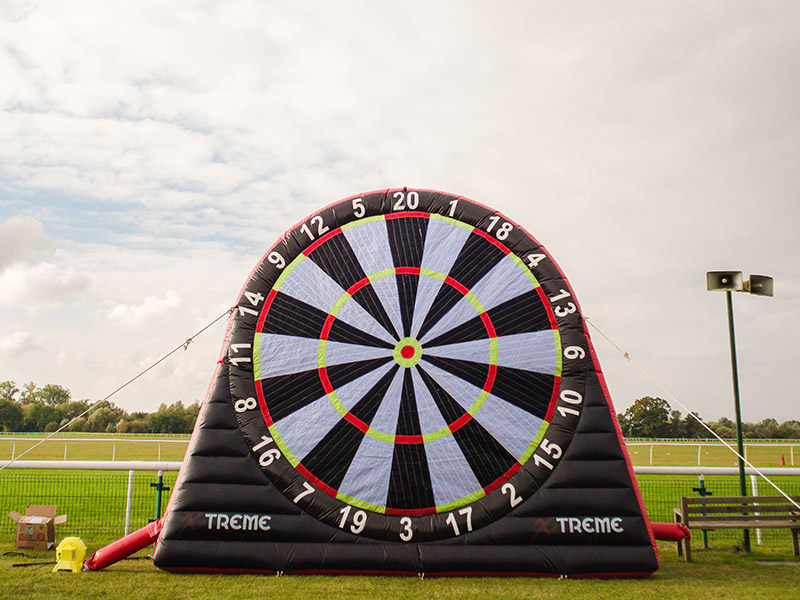 Are you daring enough to step up the (inflatable) podium in Extreme Games team building? Set aside workplace politeness and get your gruelling game faces on for the hilariously competitive game challenges that separate the weak from the strong.

Imagine the Olympics, only instead of sprinting along the track, you're dressed in crazy costumes, jumping in sacks to beat Accounting to the finish line? Or maybe instead of just playing darts, you're launching a football at a massive inflatable dartboard?

On the day, you'll meet your friendly instructors who'll give you a rundown of each activity before you're split into teams. Don't forget to psyche out the other team with a battle cry to really get the competition going.

The Extreme Games arena is split into four zones with totally random games such as:

Extreme Games team building is a fantastic day out where teamwork and willingness to have a good laugh are vital. Take the team on this crazy activity where office talk is strictly off-limits.

Take your company away day to the Extreme…

© 2020 Company Away Days All rights reserved.